Screening at the Expat Expo 2017 – Dietikon 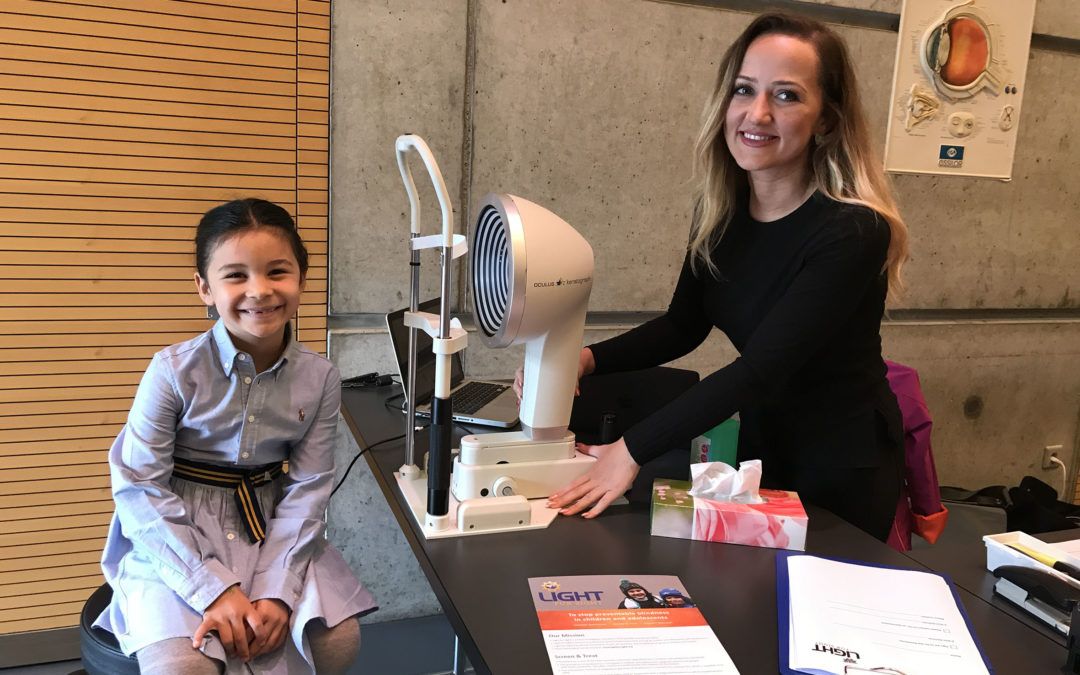 Dietikon, Switzerland – On Sunday, September 3, 2017 the Light for Sight Foundation conducted free screenings for signs of keratoconus at an exposition targeted to the expatriate communities in Switzerland in collaboration with team members from the ELZA Institute AG.

The goals of the screening were (1) to inform the patient with an irregular cornea that he/she would need a follow-up exam with an ophthalmologist and (2) to recommend to the parents being screened to have their children also examined if an irregular cornea was detected.

There were an estimated 700 participants of this exposition. Of these 700 participants, 56 people between the ages 5-72 years old were screened.  Of these patients, Prof. Farhad Hafezi, a keratoconus expert from the ELZA Institute, reviewed the topographies and confirmed that two of the patients indeed had an irregular cornea and would require additional examinations.

All patients interested in the screenings were informed about what it was intended to do. Also, if an irregularity was detected, then they would be provided with information about the findings to share with their ophthalmologist. If the patient did not have an ophthalmologist, a recommendation was provided. The final step of scheduling the follow-up appointment was the responsibility of the patient.

Von Hoff AG (Schlieren, Switzerland) organized the loan of an Oculus Keratograph for the exposition.  Although preferred, an Oculus Pentacam was not used due to the lighting conditions of the hall that the exposition was held; in other words, the hall was too bright to be able to easily to conduct the exam. However, the Keratograph provided a corneal topography to be an relatively reliable first diagnostic measurement to inform the patient if an irregularities were detected.

The mission of the Light for Sight Foundation is to eliminate preventable blindness in children and adolescents with keratoconus.  An aim to achieve this mission is to spread awareness about this disease and its symptoms through education and make screenings accessible for all. The free screening in an exposition targeted to families was a means to achieve both the educational and screening measures.